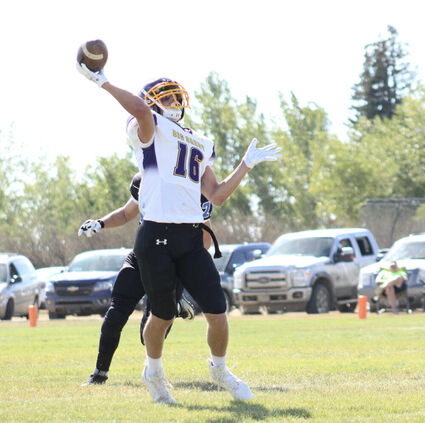 The Big Sandy Pioneers spoiled another homecoming this week by defeating the Northstar Knights in Rudyard on Saturday. Kody Strutz scored four touchdowns in the effort, while Braydon Cline threw for three touchdowns and scored on a 42 yard run of his own. The Knights did put up some early resistance to the vaunted Pioneer offense but to no avail. The score at the end of the contest would be 52-6. The shutout was broken on a last second touchdown pass that was caught by Gavin Clawson.

Once again the Pioneers capitalized on their opening possession. Kody Strutz proved to be nearly unstoppabl...