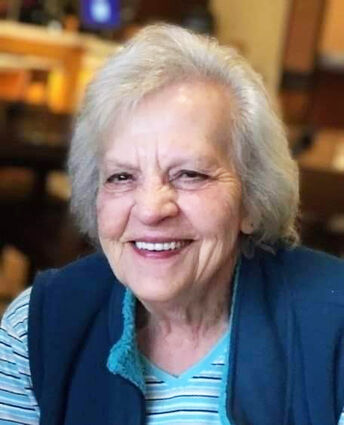 Georgia was born on October 3, 1935 in Big Sandy, Montana. She was the youngest of 3 children born to Beatrice and George Schlack. Georgia graduated from Big Sandy High School in 1952. After graduating, she left Big Sandy to attend college at Northern Montana State University in Havre, Montana.

Georgia married Calvin Reichelt on September 15, 1957 at the Methodist church in Big Sandy, Montana. In 1959, they moved to Seattle, Washington where Calvin worked as an architect for the US Navy. On December 7, 1959 they welcomed their twins Kurt and Karen. On August 3, 1961, their small family welcomed their youngest daughter, Marcy. After the children were raised, Georgia pursued a career as a medical secretary working at Virginia Mason Medical Center in Seattle. Georgia and Calvin retired in 1989.

The Reichelt family enjoyed lots of camping trips with friends and their annual family trip to Montana. After retirement, Georgia and Calvin enjoyed time with their grandchildren, camping, traveling and watching the Seattle Mariner games together.

Georgia was a loving wife, mother, grandmother and friend. Her life will be celebrated on October 14, 2022 at 11:00AM at Purdy & Walters at Floral Hills, 409 Filbert Road, Lynnwood, WA 98036. In lieu of flowers, please consider making a donation to Legacy of Bothell in Georgia's name; checks can be mailed to Legacy of Bothell – 305 240th Street SW, Bothell, WA 98021.