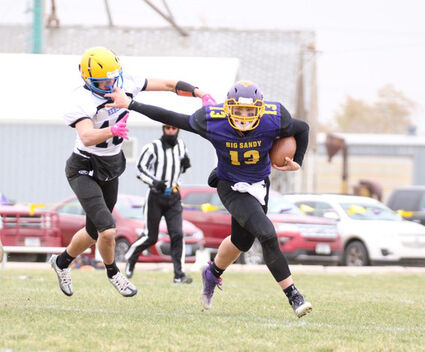 Faced with a howling wind and down senior playmaker Kody Strutz due to a broken collarbone sustained early in the 1st quarter, the Pioneers scored first in the quarterfinal showdown. Braydon Cline found paydirt on a 15 yard score to put Big Sandy up 6-0 with 1:12 left in the opening quarter. The Pioneer defense would force a fumble on the Rebels ensuing possession. Braydon Cline would rush for his second touchdown of the half on a 47 yard carry that was aided by good blocking from his teammates. The Pioneers now led 12-0, unable to convert their 2-point kicking attempts during the contest....