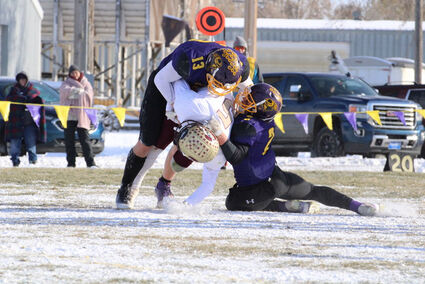 The Pioneers came out guns blazing on Saturday afternoon. Braydon Cline led the way from the quarterback position, throwing for 282 yards and three touchdowns. Cline also led the team in rushing 1ith 113 yards on the ground and two more touchdowns. From the opening whistle the Pioneers established themselves as the dominant team on the gridiron.

The opening drive for the Pioneers ended with a ten yard rushing score from "Big Time" Braydon Cline. Ty Terry would punch the 2 point attempt through the goalposts to make the score 8-0. The Big Sandy defense stifled the Bridger offense early on a...