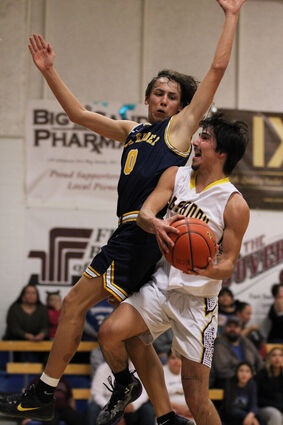 Big Sandy lost to the Box Elder 72-79 and beat North Star 61-41. The Pioneers started with a great pass from Braydon Cline to Cooper Taylor for a nice bucket to start the game with the Bears. With great pressure and high hands-on defense, the Pioneers could stop a Bears offensive play, but a quick turnover from Big Sandy allowed the Bears to get a quick bucket. Wylie Snapp had a great steal, followed by a block by Kody Strutz, and kept the Pioneers within a couple of buckets early. Box Elder showed how quick they were with nice moves in the paint and to the basket, as well as some big 3-poi...