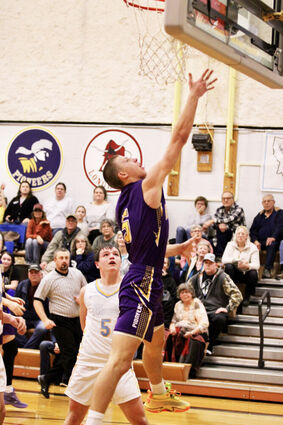 Pioneers lose in a low-scoring game against CJI, 47-49. The game started with Braydon Cline scoring the first 5 points off an out-of-bounds play and 3 pointer. CJI set the tone early with how they wanted to beat Big Sandy, and they capitalized on driving middle and scoring a lot of buckets this way. CJI held the Pioneers scoreless for almost 3 minutes while they knocked down a 3-pointer. Cline got another bucket on an out-of-bounds play, taking the Pioneers into the 2nd quarter up two, 11-9.

CJI started the 2nd quarter with a lot of patience offensively, making great passes and penetrating the middle. Strutz had a nice pass to Cline for a baseline score. Big Sandy picked up their pressure defense, but CJI still knocked down some jumpers. Cline continued to be unstoppable with a steal and took to the basket for scores. Lane Demontiney had a big board and bucket, but CJI had a nice cut to the middle, which led to a nice pass down low, putting the Hawks up by 2 going into halftime.

Cooper Taylor opened the 2nd half for the Pioneers with a nice rebound and put back. CJI continued their run with fast break layups, and baseline takes. Strutz had a nice steak with a layup finish, but CJI followed with a 3-pointer. After a couple of turnovers from the Hawks and a big 3-pointer from Demontiney, the Pioneers started gaining momentum. But CJI found a way to knock some shots down to keep the lead. Wylie Snapp had some great flash cuts to the middle for some buckets, putting the Pioneers within 1 point. Strutz stole the ball with seconds left on the clock and scored a layup at the buzzer, putting the Pioneers within 1 with a score of 33-34.

The Hawks open the quarter with a nice five-and-go, but Demontiney scores a big 3-pointer to tie it up with 5:30 left in the game. Back and forth, the game went with a CJI score and a Big Sandy score. Ryder Galbavy had a big rebound and put back to keep the Pioneers within reach. But after a couple of scores by CJI, they go up 6 with 35 seconds left. The Pioneers did not quit, though, and ended up getting a big rebound and put back from Taylor. After a missed opportunity from CJI, the Pioneers got the ball back, and Snapp scored a huge 3-pointer to put the Pioneers within 1 point. With just seconds left on the clock, the Pioneers had to fouls to get an opportunity. And while they had a good look at the basket from Strutz, the Pioneers fell short, with a last-second shot, losing to the Hawks by 2 with a score of 47-49.

Pioneers crush Turner winning 88-58. Several Pioneers donned new haircuts on Thursday for their game against Turner. Kody Strutz started the game with a nice reverse layup. Turner followed with a nice crossover take to the middle. Braydon Cline and Wylie Snapp connected on a nice old-school give-and-go. The Pioneers had a great post presence in Ryder Galbavy, who had a lot of great defensive stops and rebounds. Cooper Taylor finished with a bucket and free throws. The Pioneers finished the quarter up 9 because of several hustle plays from Strutz and a big 3-pointer from Lane Demontiney.

Big Sandy took advantage of Turner not taking away the middle on defense and exposed them defensively with great takes to the middle, allowing the Pioneers to drive, kick, and hit some big 3-pointers. The Pioneers had great plays from Galbavy, Cline, Strutz, Demontiney, and Taylor. Well-rounded play for everyone. Turner did their best offensively, hitting some 3 pointers but fell short on several of their shots. The Pioneers were up 41-22 going into the half. 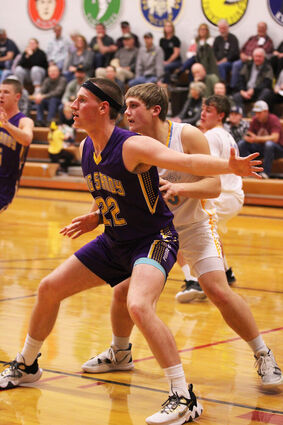 The 3rd quarter started with Strutz scoring a nice take, then the next offensive possession followed by a behind-the-back pass to Galbavy from Strutz. Turner hit some big 3 pointers the last couple of quarters of the game to try and close the gap, but the Pioneers dominated on offense. Demontiney had a few big 3-pointers and one from Jake Darlington. Great teamwork between Cline and Demontiney to finish the game left the Pioneers crushing Turner by 30 points with a final score of 88-58.