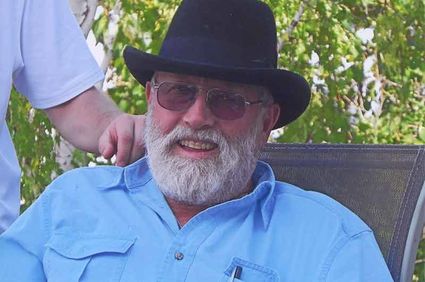 Marshall "Caeser" Kulbeck, 77, passed away peacefully at his home on March 11, 2018. A celebration of his life will be held at the Big Sandy Christ Lutheran Church on Saturday, March, 17 at 11 a.m. Interment will be held at a later date.

He was born December 28, 1940 to Marshall and Emma Kulbeck in Havre, Montana. Caeser was baptized and confirmed at the Christ Lutheran Church in Big Sandy and remained a lifelong member. He was raised on the family farm west of Big Sandy and attended grade school at the Fairview School. He attended Big Sandy High School and graduated with the class of 1959. He also attended Northern Montana College for one semester and heavy equipment operator school in Weiser, Idaho.

He worked at Farmer's Union Oil Company and for the Chuck Simpson at the Big Sandy Lumber Yard. After the passing of his father in 1968, he took over the family farm.

He married Shirley Grubb, his high school sweetheart, in August of 1961. From this union, three daughters were born.

Caeser loved people, was always ready to give a hug, and was known for his one- liners! He loved his family and friends dearly, and loved following all of his grandchildren's activities. He enjoyed fishing, hunting, motorcycles (especially his Polaris Slingshot), and going to have coffee every morning with his crew.

He will be greatly missed by his wife Shirley of 56 years, his daughters, Brenda (Shawn) Long, Bonny (Phil) Peterson, and Tracy (Daren) Schuster, his sisters Marcia (Fred) Kaste and Lois Sostarich, and his 8 grandchildren.

He was preceded in death by his parents, sister Beverly Ophus, brother Glen Kulbeck, and aunt Dorothy Berglund.