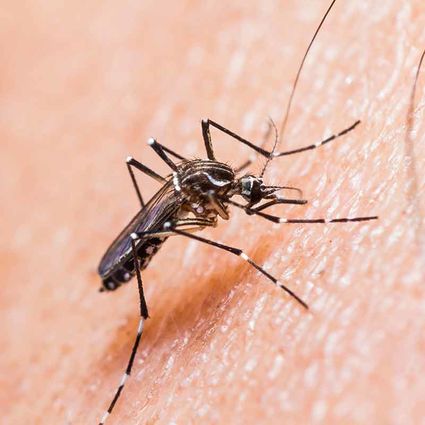 State and local public health officials are reminding Montanans to take steps to avoid mosquito bites and prevent infection with West Nile Virus (WNV). In Montana, WNV season usually begins in July and ends in October, as this is when the mosquitoes responsible for it emerge.

The best way to prevent mosquito-borne diseases such as WNV, or any other mosquito-borne illness, is to protect yourself from mosquito bites. While mosquitoes found in Montana are unable to transmit other diseases like Zika virus, they are able to transmit WNV. The virus can also infect horses and birds, with birds serving as the source of infection for most mosquitoes who then pass the virus along to humans by biting them.

When infected with WNV, about 4 out of 5 people will not have symptoms and will develop immunity after clearing the infection. Among the 1 in 5 individuals who develop illness, they will generally experience mild symptoms that may include: headache, body aches, joint pain, vomiting, diarrhea, or a rash.

Serious symptoms can develop in rare cases with fewer than 1 in 100 of those infected developing serious infections in or around the brain, also known as neuroinvasive disease. Last year, Montana had 11 cases of WNV reported; 8 were mild cases, while 3 were neuroinvasive cases. Although no deaths from WNV were reported in 2017, Montana has had deaths in previous years. Currently, no vaccine or specific treatment exists for a person at risk or ill with WNV. If someone develops any of the symptoms listed above, they should see their healthcare provider for evaluation and care.

As mentioned above, humans are not the only ones that can be infected with WNV. Last year, Montana had 8 equine cases reported. A vaccine for horses is available and highly recommended.

The 4 D's of West Nile Virus prevention should be followed to reduce the chance of mosquito bites.

1. DEET: Use insect repellent such as DEET or picaridin

3. Dawn/Dusk: Mosquitoes are most active during dawn and dusk. Stay inside or take precautions to prevent mosquito bites during these times

4. Dress: When possible, wear long sleeved shirts and pants to protect yourself from bites

"As we approach WNV season, we encourage everyone to take the proper precautions to prevent mosquito bites when outdoors," stated DPHHS epidemiologist Erika Baldry.