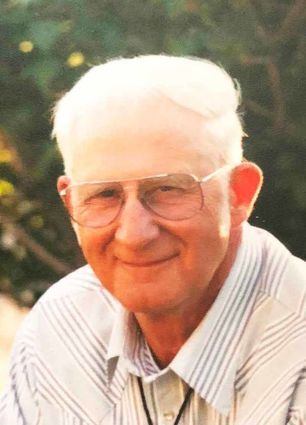 Born in Great Falls to Harold Herbert and Louise Augusta (Lanning) Jenkins of Big Sandy, Jerry, lost his father when he was just two years old. As a child, he spent many hours working at Dick's Dairy in Big Sandy, which was owned and operated by his mom and step-dad, Richard Bush.

Jerry spent his high school years living with and helping his step-granddad, Nick Bush, on his ranch southeast of Big Sandy. There began the first of Jerry's two life-time love affairs... ranching.

His second love affair was his wife, Joanne. Jerry and Joanne were married on June 1, 1957. After marrying, they moved to Fort Benton, where Jerry sold Ford vehicles for Power Motors for seven years. During this time he received an award for being one of Ford's top salesmen.

In 1967, Jerry and Joanne were able to buy the Nick Bush ranch, fulfilling a life-long dream of Jerry's. There followed some very lean times for the young couple and their family while they built up the ranch, its livestock and crops. Jerry had such a great love for all of his livestock and pets. His three girls, Sharyl, Charlotte and Sheila would become his best ranch hands.

During his time on the ranch, Jerry received a Montana Soil Conservation award for the stewardship of his ranch land, and also served as President of the Chouteau County Livestock Protective Association.

On July 5, 1980, at the age of 44, Jerry was involved in a serious tractor accident on his ranch. After several years of recuperation, it became clear that Jerry would no longer be able to do the hard work of a rancher.

He and Joanne leased their ranch to Brian and Dana Gasvoda and purchased a home with acreage in the Judith Mountains east of Lewistown. Jerry was once again living in the beautiful countryside of Montana. He often said that the best place for him to worship God was sitting on a rock on his land.

Jerry is survived by his wife of 61 years, Joanne, as well as his three daughters, Sharyl (Mike) Schmit of Great Falls, Charlotte (Laine) Carroll of Lewistown and Sheila (Mark) Hlubucek of Reno, Nevada.

Also surviving are great-grandsons Alex and Cooper Lineweaver, as well as sisters Judy Pleskac, Melanie Bush and Nicki Lubrich. Jerry was preceded in death by his dad Harold Jenkins, his mom Louise Bush, his step-dad Richard Bush and his sister Pat Bush.

At Jerry's request, cremation has taken place and no services are planned. Memorials are suggested to Central Montana Medical Center Hospice in Lewistown or charity of the donor's choice.

Cremation arrangements are under the care of Creel Funeral Home. Jerry's family and friends can share memories and condolences at http://www.creelfuneralhome.com