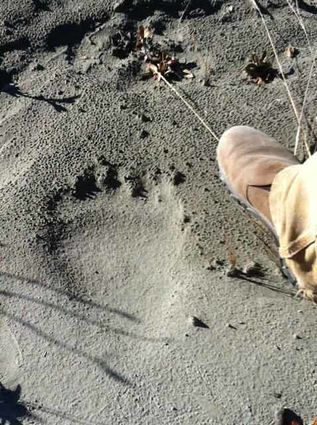 Volume 13, Issue 6 of Montana Lifestyles Magazine featured a story entitled "Arthur." It described how a chihuahua called Arthur savagely charged and drove off a large black bear who was stalking my daughter midday while talking on a cell phone on a private walkway in Juneau, Alaska. Arthur had previously lived in Carter, Montana as a therapy dog for my mother. Large scratch marks on the wood deck were later measured to be only 14 feet from the prey. Arthur died recently, but left no doubt about who is "man's best friend."

In Montana, bears both black and brown (grizzly) are being encou...