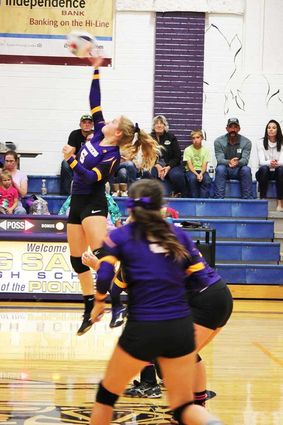 The Big Sandy Pioneer volleyball team picked up one of its biggest conference wins in sometime last Thursday as they swept the visiting Chester/Joplin-Inverness Hawks 3-0. Saturday the girls played hard but fell to the North Star Knights 3-0.

Against the Hawks Big Sandy took control early and never looked back storming their way to a 25-15 opening set win.

Set number two was tightly contested and saw both teams have the opportunity to take control, but in the end it was the Pioneers coming out on top with a 26-24 set win to go up in the match 2-0.

Big Sandy again seized the momentum in the third set and maintained a comfortable lead in securing a 25-19 set win to sweep the Hawks 3-0.

The big conference win may be a turning point for the girls as they have struggled to collect big wins the past few seasons. 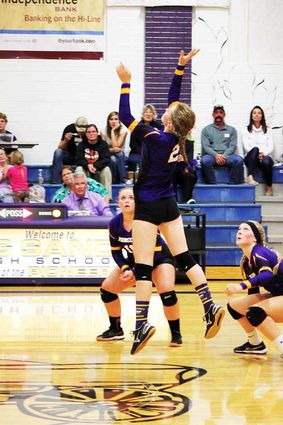 Senior Georgia Wortman and junior Stacey Allderdice each served three aces in the win while junior Sienna Demontiney dug up nine balls to help the defense.

Saturday the team faced the North Star Knights in another tough conference clash. The Pioneers fought hard early but in the end the Knights attack was to much to overcome as Big Sandy fell 25-19, 25-21, 25-12.