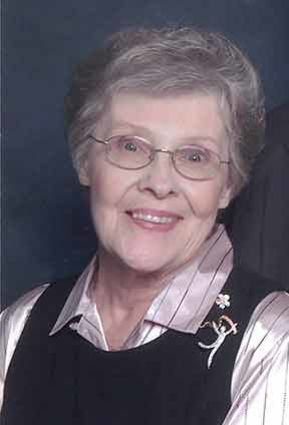 This world is at a great loss, as one of the most gentle, maternal and affectionate women of her time has been called up to heaven. Margaret Christine (Stremcha) Robertson was born on August 13, 1925 in Havre, Montana to Antone and Francis (Smoltz) Stremcha. Margaret graduated from Big Sandy High School in 1944, where she was the majorette for four years. Soon after, she married her high school sweetheart, Walter F. Robertson in June of 1944. Together, the couple raised three sons during their 61-year marriage. She was a devoted wife and nurturing homemaker, who taught her family many valuable life lessons.

Margaret was a one of kind woman with a heart of gold and worth a million dollars, she often relayed her love for her great-grandkids and great-great-grandkids through various styles of song and dance. She enjoyed cooking, baking and canning for her family as well as teaching her grandchildren her cherished recipes, all the best ones were made with love. She enjoyed her coffee time with company, swimming and staying up on the recent fashion trends. The love that she had for her family was astounding, she was a lady of divine character and compassion.

One of her greatest joys in life was joining her soulmate for a few trips a year to Las Vegas, where they faithfully attended the National Finals Rodeo and enjoyed the dollar slot machines. In addition to enjoying her time away, she also enjoyed family get togethers, which always resulted in a game of "Rummy." What many don't know, is that sometimes she liked to make the game a little "more fair" for herself but always did it with an extreme amount of grace.

Condolences can be made to Margaret's memorial page at http://www.asperfh.com.