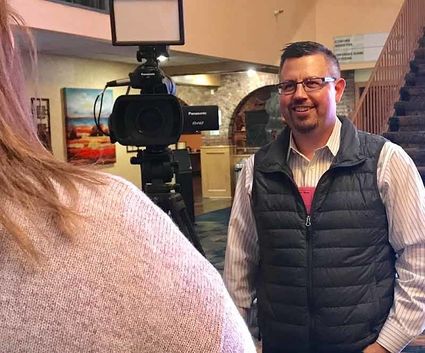 Although Russel Nemetz is not from Big Sandy there isn't a farmer or rancher that hasn't listened to him on the radio and television. He has done a great job of representing agriculture and I was interested in talking to him about his legacy.

Sitting down with me between his own television interviews I wanted to know what it was that made Russel so successful. He was genuinely willing to visit with me. I was inspired. I recorded him like I do everyone, but transcribing his comments became difficult because for years he learned to talk fast for radio and television so he could make the...