Big Sandy Community is putting a on a play 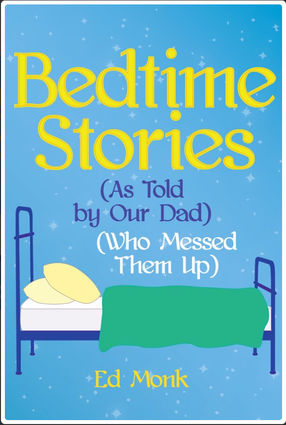 Diane Keane and Vanessa Janssen are excited to bring a play to Big Sandy, Bedtime Stories (As Told By Our Dad) (Who Messed Them Up). According to Amazon, "It's Dad's turn to tell his three rambunctious kids their bedtime stories, but when he gets fuzzy on the details, the classics get creative: a prince with a snoring problem spices up The Princess and The Pea, The Boy Who Cried Wolf cries dinosaur instead, and Rumpelstiltskin helps turn all that pesky gold into straw. You may think you know your fairy tales, but not the way Dad tells them."

They hope this will be a start to having a play presented every year. The community will need to embrace the opportunity because it would take enormous effort if it were only the two of them working to bring something new to our community. However, broken up into smaller pieces with a number of individuals taking responsibilities it will be easily accomplished.

Diane and Vanessa have children going into the kindergarten and second grade together. Diane always wanted a play for the high school kids. But, they couldn't find a time when the kids could find time to practice. She herself participated in drama when she was in school and she loved it. And she still does!

Vanessa said, "When we came here there was no drama. I really believe my daughter could benefit from drama." Someone told her that Dianne was interested so she called her and Diane said yes enthusiastically.

Communities need to have better art programs. "This town has lots of sports. A lot of support for athletics and that is really good. There is a lot of opportunity to do sports. If you are into agriculture there's lots for you to do through FFA and 4-H.

You don't have to have any recent history for acting. Auditions are on two different days February 12th and 16th starting at 4:00 PM at the high school. Everyone who wants to get in the play, as they can use 12-31 actors. It's easy lines with a lot of different roles. They'll need children, teenagers, and adults including seniors for this play. They need all ages, all experiences-even if you have no experience. They will need help with lighting, backdrops, costumes, and if anyone interested in directing they'd love that too.

They have applied for some funding but are looking for sponsors to help defray the costs of the production. They are excited to see community members willing to help bring drama back to Big Sandy.

The play itself is 45 minutes long plus intermission. The goal is to make more money so they can donate the extra to something else to support the community. It would be great to make this a yearly fundraising event.

"It's fun to see how many people are excited about it." The goal is for the play to be presented at the end of April.