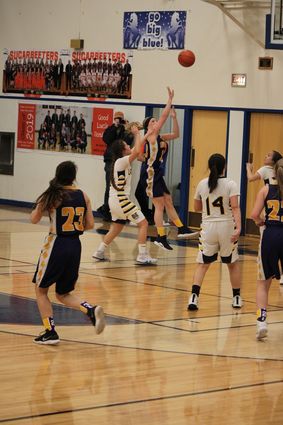 The Big Sandy boys and girls basketball teams concluded their seasons this past weekend at the District 9C Tournament. Played at the Havre High School gymnasium last Wednesday through Saturday it was decided what three boys and girls teams would represent the District at the Northern C Divisional in Great Falls this week.

Both teams gave a valiant effort, and competed hard every second they were on the court. Unfortunately, the Pioneers were unable to secure one of those spots.

The girls began play Wednesday afternoon against the top seeded Box Elder Bears and were defeated 67-20. In loser...