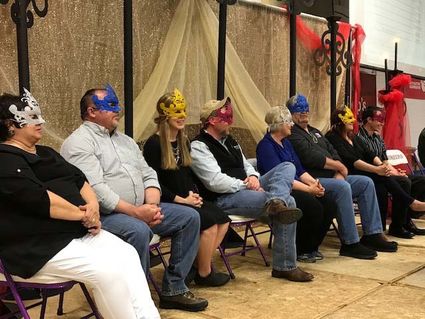 Nona Danreuther won the grand prize of $3,000 at Saturday's Rotary Banquet. Second Grand Prize of four tires or $1,000 in store credit at Tilleman's was won by Lyle McKeever. A glider chair was won by Maryetta Engle.