Sure Sign of Spring: Grizzlies Out on the Rocky Mountain Front 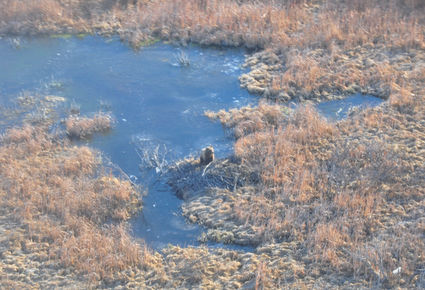 It's a sure sign of spring when grizzly bears emerge from their dens on the Rocky Mountain Front.

Mike Madel, bear management specialist with Fish, Wildlife and Parks in Choteau, flew over the Front April 3 and located eight grizzlies with radio collars and saw five other non-collared bears.

"The collars turn on April 1," Madel said. "So, it's a good time to fly on the Front and try to locate them."

Most bears have emerged from their winter dens in the mountains, Madel said, though some are still near their dens.

"This time of year, they are generally lethargic but looking for food," he sai...