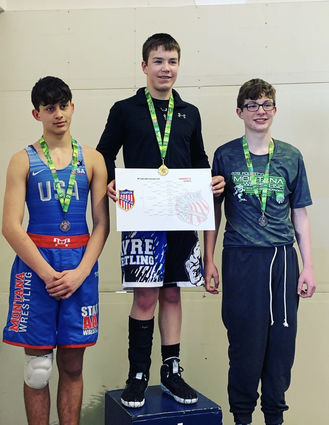 Reinhard Bold has been wrestling since kindergarten. This year he is in the seventh grade. That means he has already committed 8 years to his sport. This year he won the Montana State AAU wrestling in the 125-pound weight class.

This allowed him to travel to Des Moines Iowa to wrestle in the U.S.A AAU National Middle School Tournament. He was given an All-American award for winning five matches out of eight. He traveled with Team Montana out of Havre. There were three teams each with 22 wrestlers.

In total, there was 66 wrestlers from Montana. He only remembers two small schools be...