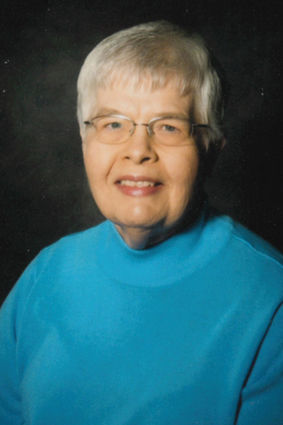 She grew up on the family farm west of Big Sandy with her parents Dorothy and Alf Berglund and sister Barbara. Edean lovingly teased Barb as being "the good sister" and then smiled. Regardless of where Edean lived and life led her, Barb was her truest source of friendship, support and love. Edean lived in Olympia, Washington, for 30 years, but in 2012, due to declining health, she moved to Morningstar Senior Living in Billings to be near her sister.

Edean attended Lincoln School, a one-room school near the Berglund farm, for grades 1 through 8, graduating from Big Sandy High School in 1969. After one year at Montana State University-Bozeman, she completed a history degree in 1973 from Augsburg College in Minneapolis. Guided by her love of books and science, in 1977, Edean earned a master's degree from Case Western Reserve University in Cleveland in library science, specializing in medicine.

Edean lived large, seizing the advantages of city living, but never losing pride in her Montana farm roots. Her days were rich with doing, going, getting things done. Her interests included theater/plays, concerts (from the Seattle Symphony to Cher's farewell tour), travel in and outside the United States, reading and her longtime Olympia book club, Seattle Seahawks and Minnesota Vikings football, figure skating, cooking and entertaining, cats (her last cat Willie lived to age 22), and, most importantly, family gatherings in Big Sandy and elsewhere. She loved lattes, a good steak, pedicures, and regular visits to the farm where she was raised a farmer's daughter. She liked the outdoors mainly for its scenery and considered camping to be a hotel with bad room service.

Edean had a reputation among family and friends for detailed organizing of social events, usually by delegating work to others. She was the thoughtful guest with the well-considered wedding or house gift, the most loyal of friends, and the independent, self-made woman who ALWAYS spoke her mind.

Edean is survived by sister Barbara Berglund of Billings and many friends and cousins, including special cousins Marcia Kaste and Lois Sostarich. Edean never had children of her own, but she treasured close relationships with many of her maternal cousins' children.

Special thanks for the staff of Morningstar and Stillwater Hospice for their kind and patient care.

In lieu of flowers, memorials can be made to the Jeff Reichelt Library or Christ Lutheran Church, both of Big Sandy, or to the charity of your choice.

Cremation has taken place and a graveside memorial service and interment of ashes will be held June 7 time to be announced, at the Kenilworth Cemetery west of Big Sandy. Arrangements are in the care of Michelotti-Sawyers Mortuary and Crematory. To see full obituary, visit michelottisawyers.com.