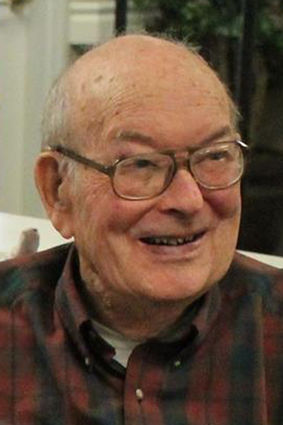 Glenn was born on Jan. 2, 1928, in Big Sandy. His parents, Chris and Ethel (Reed) Skaalure, were early-day homesteaders in the Big Sandy area.

Glenn was educated in Big Sandy, graduating from Big Sandy High School in 1947. He attended Montana State College, Bozeman (now MSU), majored in Agriculture Education, and graduated in 1951 with a BS degree.

After graduating from college, Glenn was drafted into the army and eventually sent to Korea for 15 months, where he played trombone with the Second Infantry Division band.

Glenn's father Chris had passed away in 1949, so Glenn and his brother Dale decided to continue with the family farm and ranch operation, a partnership that would last for over 50 years.

While in college, Glenn met Geraldine "Jere" Graves. They began dating and were engaged in 1951. Glenn and Jere were married on Nov. 14, 1953. The couple have three sons: Eric, Wyatt and Steven.

Glenn was very active in his church and community, and served on many local and county boards and committees. He was a life member of Big Sandy's Christ Lutheran Church and a Paid Up For Life member of the American Legion.

He had little time for hobbies. He enjoyed the farm and ranch work and also his community activities. He made friends easily, and visiting with family and friends made him happy.

Graveside services and memorial will be held in Big Sandy at a later date.

Condolences may be made at http://www.michelottisawyers.com.