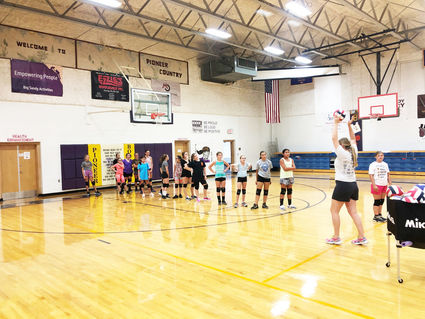 Call it an embarrassment of riches for the Big Sandy junior high volleyball squad this year.

Nineteen girls will play for the Pioneers under the tutelage of Shersteen Cline, who coached the high school varsity last season.

"They like being a part of something. They like being with their friends," Cline said, considering the reasons for the turnout. "They get to burn off some of that energy before they go home."

Cline did not initially plan to coach, having had a baby in June, but when the younger players needed a mentor, she stepped up. She felt the shorter season would be manageable on top...