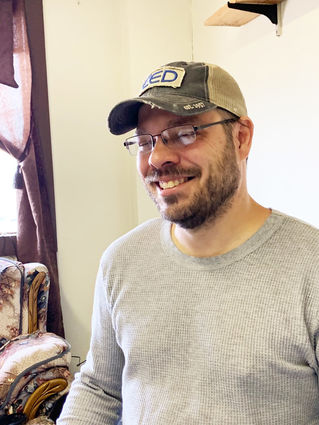 Turtle Electric, journeyman Patrick Ulano grew up in Detroit Mich. He moved to Montana in 2010. He had been working in GF, but he needed to come home to Havre where his family is. He also needed to have the freedom to set his own schedule so he formed his own company. He lives in Havre but his office will be here in Big Sandy. He will be making Big Sandy his priority. He wants to serve this community first. He will be charging $75 an hour. You may contact him at 406-344-3852 or TurtleelectricMT@gamil.com His office is in front of the Grace Lutheran Church on McNamra