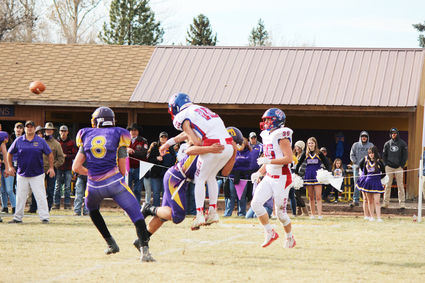 The conventional wisdom holds that to knock Big Sandy off its undisputed No. 1 perch in 6-man football, an opponent just needs to stop the offensive bombardment of Kade Strutz rushes.

For the second consecutive week, a playoff team threw literally everything they had at doing just that and found it easier said than done.

Richey-Lambert (7-3) succeeded no more in their efforts than did Power-Dutton-Brady a week earlier in the conference title game. Strutz carried 30 times for 265 yards and four touchdowns in a 51-16 home win to begin the state playoff march.