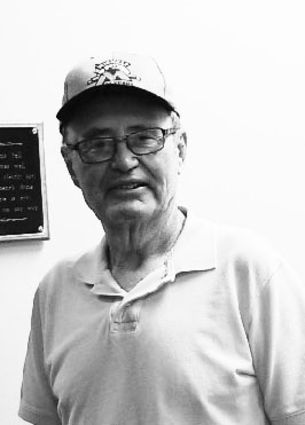 Cal was born in Cut Bank, Montana on July 7th, 1940 to Erson (Skeet) and Ethel Fuller Loudermilk. Cal was raised in the oilfield camps in Northern Montana, alongside his sister, best friend, and partner in crime, Nancy. Cal and his friends found themselves involved in all sorts of shenanigans that he would recount in hilarious stories that left his audience in tears and wondering, "How on earth did they survive?".

Cal was very close to his Loudermilk and Fuller cousins, considering them more like brothers and sisters than cousins. His Aunt Evie provided a second home for Cal while he was growing up. Evie recently passed away after celebrating her 100th birthday.

Cal graduated from North Toole County High School in Sunburst, Montana. After graduation Cal came close to earning a degree in teaching, as he and his sister attended most of the colleges in the State of Montana, looking for the best parties and creating friendships and memories.

In 1965, Cal became the proud uncle of his beloved niece, Rene. He adored Rene and often shared stories of her childhood.

In the mid-1970's, Cal began his 28-year career with Montana Power/Northwestern Energy. Cal retired in 2002 after working in Cut Bank, Big Sandy, and Havre.

On August 5th, 1978, Cal married Katherine (Kay) Swogger. Cal not only became a husband that day, he became the Dad of four young ladies. Cal was proud of his girls, Jodie, Kari, Stacy, and Shannon, and loved and cared for each one of them. He officially adopted Shannon, making her his "forever little girl". She adored her Daddy, who was her hero.

Cal's girls made him the grandpa of eight and the great-grandpa of thirteen. He loved all of his grandchildren with all of his heart. He played a special role in his granddaughter Britta's life. They shared a special bond that made her one of his "girls".

Cal enjoyed many hobbies throughout his life, including fishing, hunting, all types of sports, watching his kids' and grand-kids' activities, reading, and politics. His biggest passion was golf. He watched golf, studied golf, taught golf, and even learned how to make custom golf clubs. Even when he was struggling with health issues, he managed to play golf, even if it was only hitting balls in his backyard or putting in his basement.

Cal will always be remembered for his humor, genuine kindness, and his whole-hearted, deep love for his family and friends.

Cal was preceded in death by his parents, Skeet and Ethel Loudermilk, his sister, Nancy Muncy, and his daughter, Kari Thurman.