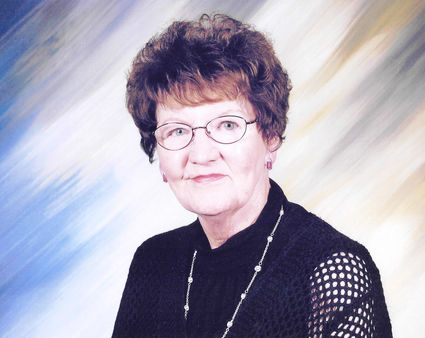 Beverly Iris (Stenhjem) Williams passed away on December 17, 2019 in Missoula due to natural causes. At her request, cremation has taken place and a memorial celebration of her life will be held in the spring in Big Sandy, MT. Memorials in Beverly's honor may be given to the charity of the donor's choice. Benton Funeral Home has been entrusted with services and arrangements. Please visit Beverly's online memorial page and leave a message of condolence for her family.

Beverly was born on October 11, 1933 to Henry and Christine (Armstrong) Stenhjem in Winnipeg, Canada. She was the third of four children. The family moved to Havre, MT when Bev was just an infant, where she was raised. In 1956 she moved to Big Sandy until 1992 when she moved to Fort Benton.

Bev married the love of her life, Paul Williams in 1950. They had met in grade school and were never apart for long until his death in 1995. She was a dedicated mother and hard worker, handling a variety of jobs throughout her marriage – including waitressing until she began to work with the bank in Big Sandy. She worked there for over 34 years. She was active in the Big Sandy Rebekah Lodge from 1976 until her death. During Paul's years in law enforcement, Beverly served as the Big Sandy dispatcher for police, fire and ambulance.

Family and pets were always her priority, with her grandchildren and great grandchildren adding such joy to her life. She loved shopping, reading and baking (especially cookies for everyone). She was somewhat shy around strangers, but readily demonstrated her kind and giving nature and tender loving heart – she also had a stubborn side, so her nickname was "Gunner"; however, the great grandchildren called her nana.

Beverly is preceded in death by Paul, her husband of 45 years; her parents; brother Murray; and sister, Pearl.