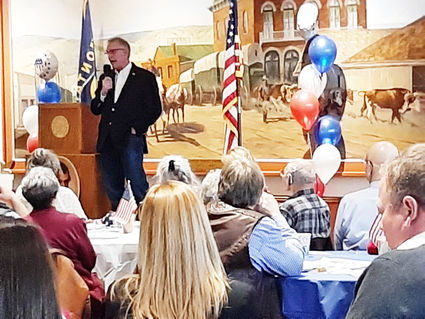 On February 16th, the annual Lincoln-Reagan Dinner was held at the Montana Agriculture Center in Fort Benton. The event began at 12:30 in the afternoon, and almost every Republican candidate was there. This year they served appetizers at a buffet table instead of the usual dinner. Many people came and enjoyed the speeches, along with getting to know our Republican candidates.

The State Representative and the State Senator opened with short but well-thought-out speeches. Afterward, the first of many auctions began. Many great things were sold, including a painting of the twin towers after th...