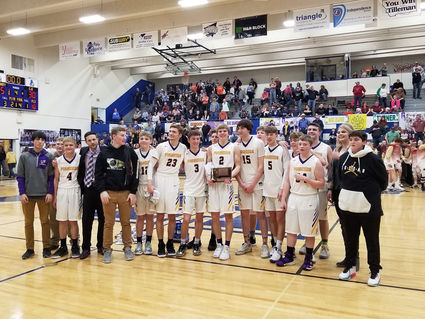 HAVRE - For the first time in seven years, Big Sandy is sending a boys basketball team to the Northern C divisional tournament at Four Seasons Arena in Great Falls.

To give some perspective, that is more than half a lifetime ago for the youngest members of the team.

"Watching Ryan Roth starting as an eighth grader, I saw this fearless kid who was about 4-foot-nothing," Dilworth recalled. "Other guys were just beating up on him and he was taking it."