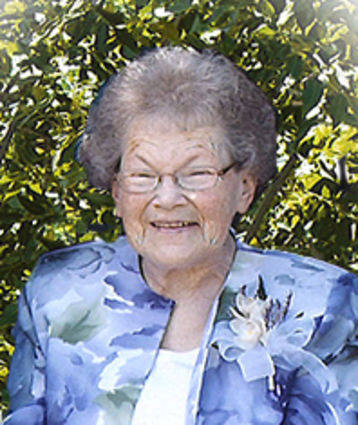 Lucille Kuehne, formerly of Rocky Mountain House, Alberta, Canada, passed away peacefully at home near Valleyview, AB, on April 18, 2020 at the age of 80 years.

Born in Fort Benton, Montana, to Lowell and Helen (Collins) Terry, she was raised in the Virgelle and Forest Grove areas where she enjoyed a happy childhood. The family moved to Big Sandy in 1953, where Lucille graduated from high school in 1957. She attended Havre and Bozeman Colleges, received her teaching certification, and taught in rural one room schools for 4 years.

While at Bozeman college, she met Loyd Kuehne from Wolf Point, and they married on August 18, 1962 at the Lutheran Church in Big Sandy. They then lived in Great Falls where their daughter, Rachel, was born.

In 1966, the Kuehnes immigrated to Alberta, Canada, to farm beside Lucille's family (Helen and Lowell Terry) who had immigrated in 1959.

Lucille taught mainly grade 3 at Leslieville, Alberta, from 1967-1984. As one former student said, "There wasn't a kid in the country who didn't like Mrs. Kuehne." She had always been known for her kind, gentle, encouraging nature that positively influenced her students and everyone she connected with.

After 42 years at the farm, following Loyd's passing in 2012, Lucille went to live with Rachel and her husband Kevin Cymbaluk, and family at their Valleyview farm. Lucille spent her last 8 years enjoying her grandchildren and great grandchildren, and was happy that at any given time there were often four generations at the table communing together. Lucille was particularly gifted at caring, compassionate conversation; she was always ready to provide encouragement and was a skilled, empathetic listener who was appreciated by her family and friends. In later years, she enjoyed keeping in touch through phone calls.

The 71 years of diabetes took its toll on her body but her steadfast insistence that she was healthy and there was nothing wrong with her was a testament to her optimism and proof of mind over matter! She never complained; however, she was ready and looking forward to her eternal reward.

Due to Covid - 19 a private memorial service is necessary for the time being. Any expressions of sympathy may be made to a charity of the donor's choice.

Condolences can be sent or viewed at Rocky Funeral Home, http://www.rockyfuneralhome.ca or rachelcymbulak@gmail.com