Proulx and Gasvoda Receive of "Spirit of a Pioneer Award" 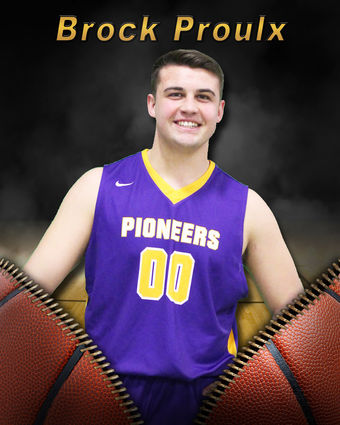 The Big Sandy High School Athletic Department is pleased to award the inaugural "Spirit of a Pioneer Award" to Brock Proulx and Bailey Gasvoda.

Over the last two years, our school, Booster Club and cheer squad has focused on promoting "Pioneer Spirit". That spirit can be defined many ways; good sportsmanship, positive attitudes, perseverance and grace under pressure. 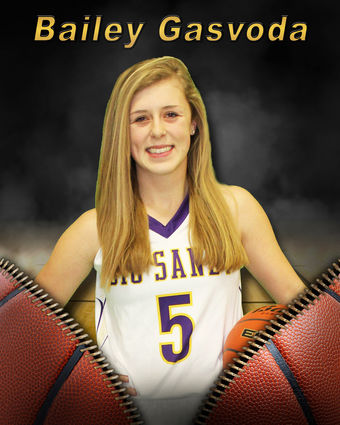 The award came to its inception through the joint efforts of head boys basketball coach Thomas Dilworth, school board trustee Glenn Terry and athletic director Melanie Schwarzbach who were all impressed by the way that both athletes handled their (almost) season-long injuries with such poise and grace. Instead of dwelling on their injuries and their own inabilities to be out on the basketball court, they focused their effort towards supporting and encouraging younger players. The group felt that both athletes should be recognized for demonstrating such positive attitudes at a time when many athletes would have felt sorry for themselves.

While Proulx was able to return to play at tournament-time, Gasvoda never could. She instead focused her recovery efforts on competing in the upcoming track season, which unfortunately was canceled due to the COVID-19 crisis. Both athletes, former state competitors, had high hopes for outstanding track seasons this year. While they were not able to leave their final mark on Big Sandy athletics, the lessons they leave behind for younger athletes will remain.