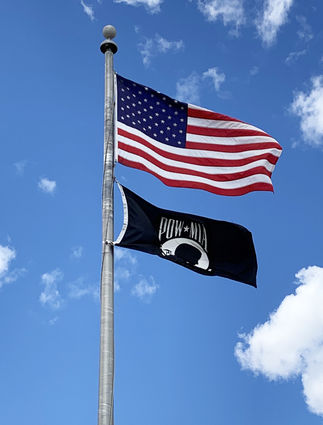 I was sitting outside the Mountaineer on the new bench, working on writing on what it means to be from a rural community. I smile because it means something precious.

Three senior citizens were putting away this year's Rotary prizes because they couldn't hold the Rotary Banquet this year because of COVID-19. Sponsors were supportive, however, and told them to keep what they had donated till next year. They see me halfway down the block and yelled, "there is no story here!" I walked to them and laughed with them because, of course, there was a story there! What we have is a community that supports each other even though the project is nine months away.

Watching cars and pickups drive by it's easy to determine if it is farmer or a rancher by the "outfit" they drive. Today they are all extremely muddy, but this one had no end gate, a bale of hay in the back, tools, and bags of garbage next to the window in the front. Some have dogs in the back as well.

And even though the main street has two yellow lines going down the center, it doesn't stop people from doing a U-turn and parking across the street. I was hit once because I was backing out, and they were turning in. One time, bless our senior citizens, he decided to back out until his backend was vertical to the sidewalk. I had to put my car into reverse quickly go backward several feet before he backed up enough so he could travel down the other side of the street. He never did see me. One thing about it, our seniors can drive for years.

But for that matter, I can jaywalk across the street, and everybody will wait for me and wave hello.

Our local swim lesson teacher walked by wet and blue. She needed the pool turned up!

Across the street from where I was sitting was the local post office. It has the American flag and a POW-MIA flag flying. The "law now requires the POW/MIA flag to be displayed whenever the American flag is displayed on prominent federal properties, including the White House, U.S. Capitol, World War II Memorial, Korean War Veterans Memorial, Vietnam Veterans Memorial, every national cemetery, the buildings containing the official offices of the Secretaries of State, Defense, and Veterans Affairs, Office of the Director of the Selective Service System, each major military installation, each Department of Veterans Affairs medical center, and each U.S. Postal Service post office." I hadn't remembered that over 82,000 men and women, who've served our nation in uniform, are unaccounted for or listed as POW/MIA. Congressman Bergman said, "Flying this flag at federal properties 365 days a year is just a small way that we can ensure their sacrifice and devotion to our nation is never forgotten."

A father and son were riding their bikes together, OK the father was sitting on his bike, but walking it as his son rode his new bike with training wheels. They allowed me to take a picture of them for Father Day's Photo op. I love this town!