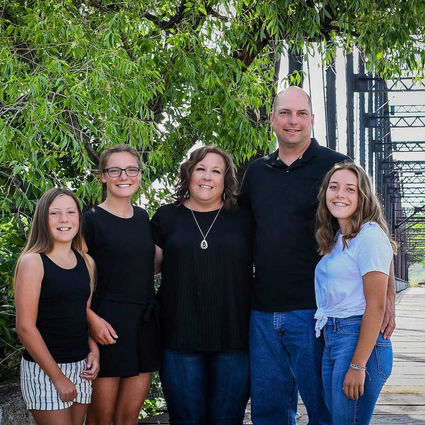 Calista Worrall teaches 6th grade at FE Miley Elementary School with a unique mix of extroverted enthusiasm, compassion, and a love for engaging the kids where they are at. She is in her fifth year of teaching in our community. She started her teaching career in Box Elder, where she taught for four years, before taking some time off to start a family. Eventually, she went back to teaching part time in Fort Benton. After three years, she came to Big Sandy. She loves teaching here because, "It's like a family. Everyone truly cares about each other and wants the best for each other."

Calista is not originally from Montana. She was raised in the farming town of Lamar, Missouri. She attended Ozark College, where she got her BA in Psychology and Education. Her plan was to become a school counselor, primarily because she loves working with kids, engaging them on a personal level and helping them to overcome challenges they are facing.

She met her husband at her college roommate's wedding. He was the brother of the groom. Jaime Worrall is from Big Sandy, but was working as a custom cutter in Kansas at the time. This enabled him to visit her in school regularly. The two began a long-distance relationship. Eventually, Calista told him that they needed to live in the same state if they were going to pursue a relationship. Jaime moved in with her parents in Missouri and worked construction until she finished her degree. They were married and moved to Big Sandy, where they have lived for 18 years, farming 20 miles south of town.

During her first years in the area, Calista earned her master's degree in Learning Development and Curriculum Design before starting her teaching career. Her love of psychology and educational background impact her work in the classroom on a daily basis. She explained that she is careful to observe students and engage them when they struggle, often offering encouragement and guidance. She has a knack for identifying and working with different learning styles. When discussing her empathy, Calista credits much of its development to her time working third shift at a home for women leaving abusive relationships. She explained that she would often have to intake women who showed up with the police at 2 AM. In that role, she learned how to empathize deeply with people in hard situations.

The experience has translated well into her work with kids.

When Mrs. Worrall left her small farming community home in Missouri to attend college, she was certain that she would never again live in such a small town. Now, she can't imagine living in any other setting. She loves farming and is happy that her three children, Jaycee (sophomore), Alex (8th grader), & Lyndee (5th grader) are able to grow up here.

For fun, Calista reads dramatic novels, which she describes as "chick books." She loves going to the lake and camping with her family, which has been a staple in her life since her childhood. She also loves shopping, although it's mainly for the opportunity to be out and about and for people-watching.