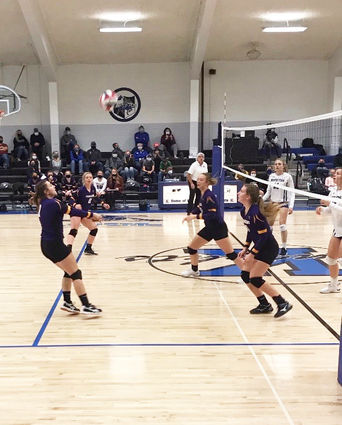 As Yogi Berra said, "It's like deja vu all over again."

For the first time in 2020, Big Sandy matched up on the volleyball court Saturday against an opponent they had seen earlier in the season.

This time on the road, they ended up with a remarkably similar result against the North Star Knights.

On the plus side, again the District 7C foes played a marathon set for the ages after a fairly close one, while another went disastrously for the Pioneers in a 3-0 sweep.

They just reshuffled in order from Aug. 29 meeting.