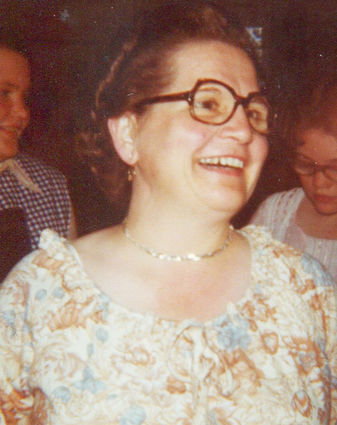 Elizabeth N. Brown, 82, passed away due to natural causes at Northern Montana Care Center on Monday, October 19, 2020. Due to the current situation, private family graveside services will be held. Elizabeth's family has suggested memorial donations be made in her memory to the Big Sandy Senior Center, the Big Sandy Medical Center, or the charity of the donor's choice. Holland & Bonine Funeral Home has been entrusted with services and arrangements. Please visit Elizabeth's memorial page and leave a message of condolence for her family at http://www.hollandbonine.com.

Elizabeth was born on August 30, 1938, in Warroad, Minnesota, to Steve and Natalia (Maeger) Otto. She was raised in Minnesota, and in 1956 she married Delbert Chamberlain. The couple had seven children. They moved to Big Sandy in 1962 where Elizabeth worked as a certified nursing assistant at the Big Sandy Hospital. Delbert passed away in 1975, and in 1981, she married John Brown. Elizabeth retired in the mid 90's, and she and John later separated.

She enjoyed fishing, cooking and baking, and gardening, and was an active member of St. Margaret Mary's Catholic Church and the Rebekahs. Elizabeth loved going to the Big Sandy Senior Center where she was named Volunteer of the Year.