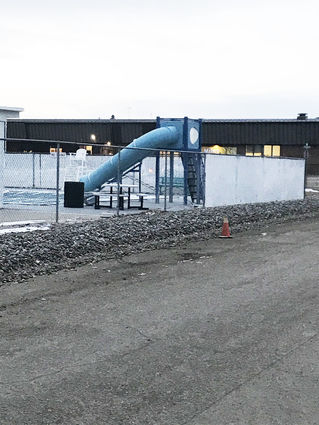 Two guests that were present made a public comment on the numerous places in the town of Big Sandy that need to be cleaned up. After they commented, Rich Jespersen shared with them about the progress the Council is making in this area. He has talked to the Chouteau County Attorney and the county's Safety Inspector about the areas of concern around town. The city council will be looking at Montana's codes under nuisance codes that deal with areas around towns and about abandoned vehicles left unattended. The city council is making sure where they stand legally and will proceed once everything is in order. The biggest concern is areas that create a safety hazard. After everything is legal, it will be up to the citizens of Big Sandy to make an official complaint about any area of concern.

After legal issues are completed, the town will be looking at developing a letter to be sent out to the owner of the concerned areas.

It was mentioned that the issue had not been seriously challenged for 20 years because of legal concerns and the lack of local codes. It was noted that there is a concern about the Big Sandy budget.

This issue will be formally placed on the agenda next month.

Bear Paw Development was present by Zoom and visited about the Brown Field issues concerning the downtown Hotel. It was noted it is not considered a historical site, but the property owners will need to be asked to join in the discussion of any further activity. There are grants available to help with the building's demolition, but the issues of asbestos and led based paint will need to address. Some assessments still need to be done, which the owners would need to approve.

The building floor is caving in, so safety concerns will be a part of the grant application when they have the current assessments completed. The cost of the demolition would be $76,000 or higher.

A limited report was given concerning monies received from the Lippard-Clawiter Foundation. The city pool received $15,000 because it needs new cover tarps and tarp racks along with a few more lounge chairs.

The Big Sandy Pool Committee received $7,500 to start the fundraising. Mayor Shaud Schwarzbach did go to the Big Sandy School board, and they agreed to write a letter approving that the pool committee would be given school property for the new pool. This was something that donors were asking for proof of, making sure property was set aside for a new swimming pool before they were willing to donate.

KJL let the city know the main street project made the list, and it looks promising that Big Sandy will receive the funding for the downtown street.

It was approved by the Council to continue with the same contract with Shane Chauvet for another three years until 2022. Everyone was happy with the results of the pivot/irrigation at the lagoon. The town will continue to pay for the fertilizer and the soil sampling on the pasture where the lagoon is located.

There have been 14 semi loads of gravel delivered to Big Sandy. Several streets have been graveled and graded. The dump also has new gravel.

The next meeting of the City Council will be on January 7th. Watch for a zoom council address if you would like to be present.