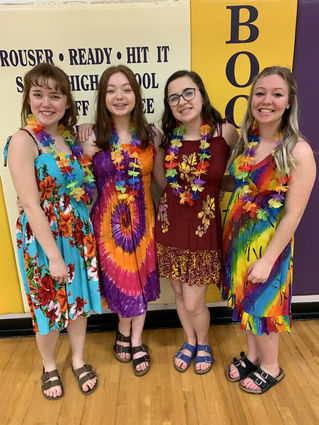 Cheerleading began fashionably late this school year but has been fashionable as of late.

The Big Sandy Pioneers boast a six-girl squad this winter sports season after a fall hiatus. The cheer crew were largely busy in autumn playing volleyball.

"We're trying to create more of a fun atmosphere at home games to get our community involved," said chee...