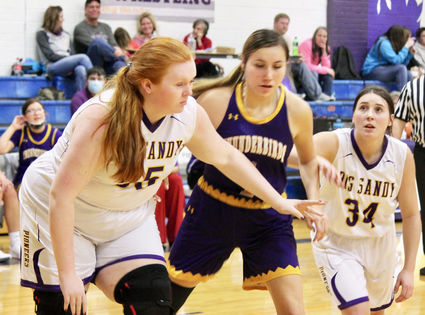 The Big Sandy girls concluded a winless regular season Saturday on the hardwood but went out with their best offensive production over the course of a weekend.

The Pioneers have had to battle to eclipse the 30-point mark this season but hit it Friday in a 64-30 defeat at District 9C power Turner.

In a balanced offensive effort, every player who got on the court for Big Sandy scored. Eva Wagoner led the way with 8 points, followed by Jaihven Baumman with 6, Madison Terry with 5, Angie Sant with 3 and a pair each from Jaycee Worrall, Lainey Terry, Mattie Gasvoda and Amy Gasvoda.