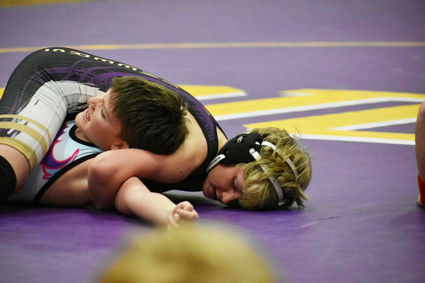 In a surprising upset on Friday, February 12th, Big Sandy's 110 pound Wesley Cox wrestled against and pinned 160 pound Jaxon Coates of Cascade, Montana in the third round of their match, despite giving up nearly 50 pounds and several inches of height. The sight of the two wrestlers stepping out onto the mat was strange to watch as Jaxon towered over Wes, though the pair of athletes are the same age. Wesley later explained that he really didn't expect to win. He attributed his victory to "Technique and energy. Or having the willpower to win. You got to want it more than the other person."