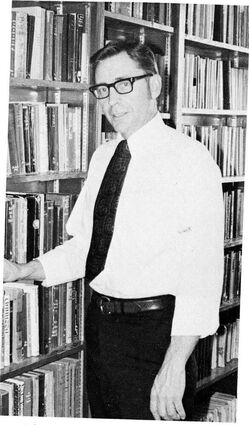 Lawrence Green in 1973 in the Big Sandy School library.

Someone once criticized me, telling me, everything with you is a story. And I think he was right – but I don't take it as a criticism, I see it as acknowledgement of a gift, to be shared.

This is my story of Lawrence Green.

Lawrence Green was nothing much, really.

He was diminutive, he did not stand out in a crowd, unless the crowd happened to be a brawl, in which case, Lawrence was probably knocking the stuffing out of someone twice his size. Some would like that about Lawrence.

But he did not necessarily like that about himself. He understood there was always going to be someone bigg...