There's been a murder at the Library! 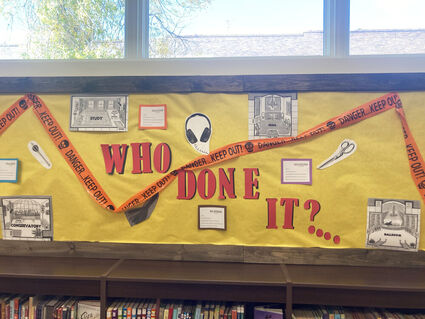 October is upon us and it has brought a murder to the Big Sandy Library! A killer is on the loose, and the game is afoot, and by game, I mean Clue. The Library will be running a game of Clue for the community throughout the month of October. Though the full story has yet to be revealed, the cast of characters in our local game won't include Professor Plum, Miss Scarlet, Colonel Mustard, or any of the others from the classic game. Instead, the game will be stocked with a cast of local suspects. Another significant change from the original, the victim in the board game was the rather generic...