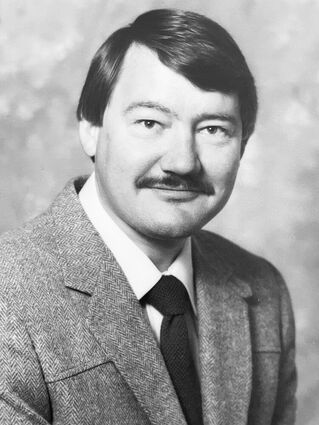 Bitz was born on September 2, 1947 in Conrad, Montana to Reinholt and Lucille Bitz; the eldest of two siblings. He graduated from Havre High School in 1965, and went on to receive a degree in Agri-Business from Northern Montana College.

He met Julia Poindexter while attending Northern. They married in 1972 and had three children together, Jill, Nick, and Michael. They divorced in 1985.

On February 27, 1988 Richard married the love of his life, Vicki Cline. They enjoyed camping and fishing, and shared many adventures together including trips to Maui and San Francisco. They were also season tickets holders for Grizzly Football games and loved rooting for the Griz.

Richard was a dirt farmer near Box Elder for many years. Then, he spent 20 years on the railroad, starting out as a Switchman, and retiring as an Engineer. He loved running trains through the Plains Paradise Valley and seeing all of the wildlife along the route.

During a hiatus from college, he worked at Big Mountain Resort thus solidifying a lifelong love of downhill skiing.

He was a 50-year member of the Masonic Lodge and served on the leadership team at Grace United Methodist Church. He also had a talent for music. He played the piano, and even learned to play to fiddle in his retirement.

Richard was a devoted husband to Vicki, and a loving father and grandfather. He made friends wherever he went with his big smile and good humor. You always knew that he liked you if he was giving you a hard time.

Richard was proceeded in death by his parents, Reinholt and Lucille Bitz; sister, Deedie Nimmick; nephew, Chad Nimmick; and son-in-law, Jason Baker. He is survived by his loving wife of 33 years, Vicki; and his children and grandchildren; Jill Baker with Peyton and Porter of Great Falls; Nick (Kristin) Bitz with Noah, Izaak, Tyler, Elijah and Jakob of Wisconsin; and Michael (Abigail) Bitz with Kinsey, Kera, and Jay of South Carolina.

A memorial service will be held on Saturday, January 29th at 11 AM at Grace United Methodist Church in Missoula.