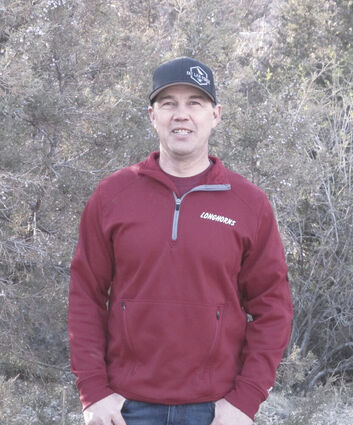 Dan Wirth is a sixth-generation Montanan and running for Chouteau County Commissioner as a Republican. He was born and raised in the Belt area until his family took over my grandparent's ranch and relocated to Wolf Creek, Montana. Dan moved to Chouteau County in 2005 and has lived in District 2 for 17 years. His family currently lives on Antelope lake Road out of Floweree. Dan's wife works in Fort Benton, and he has two sons attending Fort Benton Elementary School.

They enjoy being part of the community: his wife is on the board of the Dedman Animal shelter, and Dan is one of the coaches for Fort Benton's little guy wrestling. He and I visited a lot about dogs and wrestling. Dan is passionate about both. He has five years into little guys wrestling. He loves watching the kids grow.

Dan's father owned and operated an excavating company; he grew up around heavy equipment. He spent a lot of his youth operating heavy equipment and a gravel crusher. He also helped on the ranch, breaking colts, working cows, and raising hay. As an adult, Dan became a Certified Journeyman Farrier. He ran a successful farrier practice for 20 years, specializing in performance and therapeutic shoeing. Dan's knowledge and skills in this profession led him to develop my new business as a farrier tool manufacturer, Fat Lab Forge, named after his Labrador. He currently designs and handmakes custom tools that sell across the United States and Internationally. He brought the Hoof Knife he created with him to the interview.

Dan is running for County Commissioner to bring a new perspective to the office. Innovation is an essential part of his daily work, and he believes he would use this skill set as a commissioner. With over 20 years of experience running Dan's business, he believes he is adept at developing and balancing a budget and making sound business decisions. He is also big on buying local, even if it's a little more expensive.

Gravel roads are obviously a significant focus in this district. He lives on a gravel road, so Dan has firsthand knowledge of the issues we face. He has plans for road management that would utilize the budget more effectively to create a better product. He understands the many issues concerning road maintenance, for example, the difference in soil and the effects of weather on roads in other areas. Dan also plans to drive the roads in the district and meet with the Road Crew to hear their ideas and find solutions. He completely understands that means he'll need to drive 2,400 miles of country roads in our county alone.

After interviewing Dan, I found him easy to talk to; I spoke to him for over an hour, and he honestly welcomes input from our community.