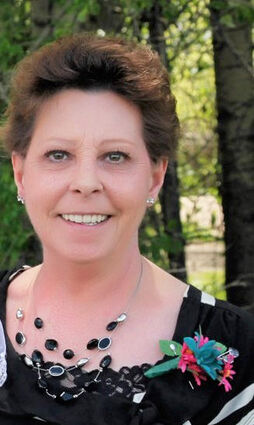 Denora "Denny" K. (Reichelt) Johnson, 64, passed away due to natural causes at her residence on May 10, 2022. Cremation has taken place and memorial services will be held at11:00 am on Thursday, May 19, 2022 at Immanuel Baptist Church in Havre. Denny's family has suggested memorials be made in her memory to the Hi-line Pregnancy Resource Center or the charity of the donor's choice. Holland & Bonine Funeral Home has been entrusted with services and arrangements. Please visit Denny's online memorial page to send a card or leave a message of condolence for her family at http://www.hollandandbonine.com.

Denora was born on December 8, 1957, in Havre to Dennis and Ora (Bitz) Reichelt. Her name, Denora, is a combination of her father's first name, Dennis, and her mother's first name, Ora. Her nickname of Denny was attached to her at a young age.

Denny was raised in Havre and Big Sandy. Summers and other times of the year were spent on the family farm west of Big Sandy. Denny loved being at the farm. She was an outside girl and had a fondness for animals, especially cats and horses. She enjoyed being outside and all the adventures a farm would provide. Denny wasn't afraid of work, and did any chore that came her way. Denny helped feed cows, horses, pigs, and chickens. Cleaning the chicken coop was not a good job but she still did it. At times it took some coaxing and a few bribes, but she hung in there with her brother, Monte, and helped. She learned how to drive farms trucks during harvest and stick shift pickups. Harvest time was always hot, and breakdowns were common due to old equipment; but Denny always stayed and helped. Even though Denny preferred outside work, she also knew her way around the kitchen. She was taught by the best, her grandma Bitz.

Denny attended elementary school in Havre. She attended middle school and high school in Big Sandy, graduating from Big Sandy High School in 1976. During her high school years, Denny was a cheerleader, participated in Sandy Sixteen, a high school choir group, and other activities.

After graduation, Denny worked as a waitress and bartender at various locations. She attended cosmetology school in Havre and had her own business in Monty Holden's barber shop for a short time. Denny returned to working in food service. She was a cake decorator at Gary and Leo's and worked at Andy's supper club. It was during this time at Andy's that Denny met Keith Johnson. They became a couple and married in 1980. Denny continued to work in the food service industry. After years in the food service industry, she decided to leave food service and moved into dental assisting. Denny worked for several local dentists in Havre, and retired as a dental assistant in 2017.

Denny was a loving, quiet woman, but also quite feisty. She was quite independent. She learned this at an early age out of necessity, losing her mother at the age of 10. Denny always stood up for herself and didn't allow people to bully her. If you were her friend, she would also stand with you in hard times. Denny enjoyed crocheting, crafting, watching her westerns, and camping. Her family was her world and she loved spending time with her husband, daughter, and granddaughter.