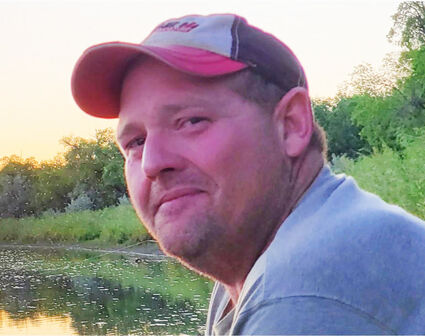 Richard Wayne Cook, Jr., "Richie" 47, passed away Tuesday, August 30, 2022, in Salt Lake City, Utah from complications of heart surgery. Viewing was held Friday, September 9 from 5-7 p.m. His funeral service was at 10 a.m. Saturday, September 10, 2022, at the LDS Church in Fort Benton. With his celebration of life service at 2 p.m. Saturday, at the Big Sandy High School Gymnasium. His burial will follow at the Cook Family Farm with a Potluck to follow at the shop. Please visit "Richie's" online memorial at http://www.bentonfh.com to send a card or leave a message of condolence for his family.

Richie was born January 30, 1975, in Fort Benton, Montana to Richard and Marva (Dana) Cook. He was the oldest son and one of five children born to them. He attended primary school in Big Sandy. While attending Big Sandy High School he played football and was an avid speech and drama participant along with FHA. It was in High School that he began dating Donna McLean. He graduated from High School in 1994. The couple married, June 1, 1996, made their home on the Cook family farm S.E. of Big Sandy. They welcomed their first son Richard III in 1996; Dalton 2000; Kiera 2001; Kaitlyn 2003; Emmitt 2006; and Ahnna 2008. Their lives were blessed and full of laughter and hard work. Together they worked to develop the farm into what it is today.

It is difficult to summarize Richie into one category because he was a one-in-a-million type of person. He was an excellent husband, father, and family man. He had great advice on life and always told his children and their friends that the "choices you make now will determine the rest of your life". He was forgiving, selfless, compassionate, generous, and non-judgmental just to name a few qualities. He never met a stranger, because he talked and got to know everyone, and they eventually became friends. Richie had a strong moral character and was a dependable friend.

He and Donna were quite a team, they were members of the Montana Jaycees, the Great Falls Snow Mobile Club. Richie was an avid hunter, fishermen and family man. He was an avid Green Bay Packers Fan "Go Pack Go" and enjoyed watching every game during the football season. He loved being a husband, father, and grandfather they were his greatest achievements.

Richie is survived by his wife of 26 years Donna Cook. His children: Richard III