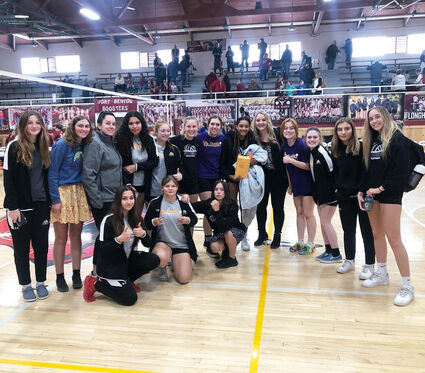 "We finished the District Tournament in 4th Place. I am beyond excited that we made it to the Divisional Tournament!! Our conference was so competitive all year long. Every match was unpredictable, which was very exciting to watch! I am just glad we were able to finish and buy our ticket to Divisionals. I could not be more proud of my girls," Coach Brittany McKenney said. It was fun to watch her, too, during Districts! Coach McKenney gave the team the skills they needed to be competitive.

Congratulations to the Big Sandy Girls for a well-played District tournament. They will play their first game at Divisionals Thursday at noon against Belt. Divisionals are in Chinook. It would be wonderful to have fans there!