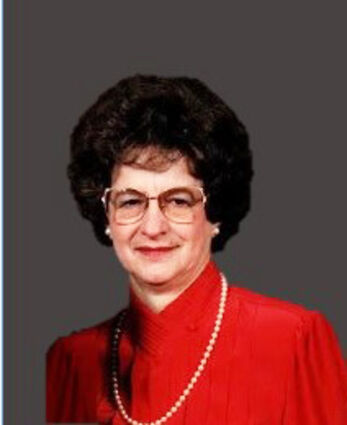 Beatrice Darlene (Beck) Kane passed away December 16, 2022, in Helena. At her request, funeral services in Big Sandy will be held in July. Interment will be at the family ranch in the Bear Paw Mountains.

Bea was born to Adolf and Hilda (Weidmer) Beck in Havre on June 3rd,1936. The third of seven children, she was raised on the family farm three miles west of Hogeland. She enjoyed helping her mom with household chores and learning to cook and bake. Bea told of a time when she was 10 or 11 going with her mom to help out a neighbor who had just had a baby and staying a week by herself caring for the neighbor and baby, as well as cooking for a threshing crew harvesting wheat on that neighbor's farm.

Bea attended school in Hogeland, graduating in 1954, one of three students in her class. She attended Northern Montana College in Havre receiving a bachelor's degree in Elementary Education. While attending NMC she met her future husband, Martin Kane. They were married on April 27, 1957, and had four children, John, Deborah, James, and Thomas. Martin proceeded her in death November 26, 2019, after 63 years of marriage.

Bea taught grades 1-3 in schools in Kalispell, at Havre's St. Jude School and in Manhattan Kansas while Martin was attending graduate school. As an educator she touched numerous lives, many of her former students seeing her out and about still called her Mrs. Kane.

In 1973, Bea and Martin opened KemData Labs, which provided analytical services to the oil & gas and agriculture industries. Together they operated the business until Martin's death.

Bea was very active in St. Margret Mary's Catholic church in Big Sandy. She was involved in all types of activities supporting the church's function as well serving as a member and officer in the local Parish Council of Catholic Women. As President of the Eastern Montana Diocesan Council of Catholic Women, Bea's leadership resulted in increased interaction and participation among the individual parishes. During her tenure she made many new friends and treasured memories and was quite often on the phone talking to one of her "church lady" friends.

Her most important vocation however was that of Mother. Bea loved her kids, grandkids, and great grandkids. Showing this love in many ways; making costumes for school plays, baking cookies and cakes for special events, bandaging skinned knees and mending broken hearts, she could do it all.

In her later years most of her energy was spent decorating her home for EVERY holiday, maintaining her house, yard and in particular her flowers.

A voracious reader she often stayed up all night to finish a book she started without putting it down. In true Beck family tradition socializing with family and friends into the morning hours was a source of joy and she carried on her mother's gift of baking. Bea's cinnamon rolls, buns and desserts will be missed.

In addition to her husband and parents, Bea was preceded in death by five of her siblings, Irvin, Dorothy, Marilyn, Ronnie, and Wally.

Mom you are loved.