Pioneer Boys win two with ease: Squashing the Beeters 72-42 and taking down the Thunderbirds 73-49 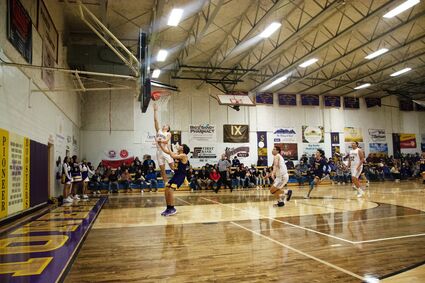 Senior, Isaac Pedraza (23) tips one in for the Pioneers. Big Sandy Come away with win against the Thunderbirds.

The Pioneers dominated early winning against Hays 73-49. Wiley Snapp opened up the game with a layup and on the defensive end Big Sandy had a 3/4 press, which caused Hays to turn the ball over. Hays got several offensive rebounds, but couldn't capitalize on second chance buckets. Big offensive plays came from Braydon Cline, Isaac Pedraza, and Kody Strutz. Big Sandy had aggressive defense with several players having steals, and Strutz taking a charge. Big Sandy attacked the middle of the basket with ease while scoring buckets putting the Pioneers up 16 to 8 going into the second quarter.