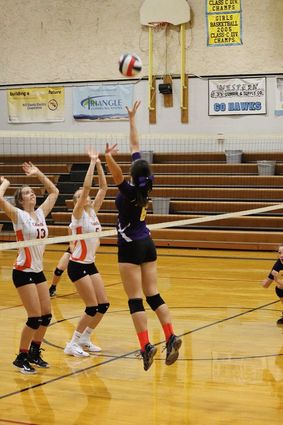 The Big sandy Varsity volleyball teams season came to an end following a pair of losses at the District 6C-East Tournament in Chester on Thursday.

The Pioneers played hard all season long and continued to do so in Chester but they came up short in a first round loss to the Box Elder Bears 25-13, 25-6 and 25-17.

Jaylyn Cline recorded three kills in the match and Lainey Gregory had five assists and two aces for the squad.

The loss sent Big Sandy to a loser out match against the Chinook Sugarbeeters where they again fell in straight sets 25-19, 25-18 and 25-16.