Big Sandy shares some of their Christmas Memories 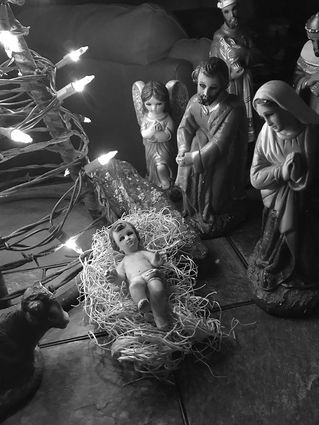 Jessica Roth was reading Christmas books to our most treasured members of our community. It was a relaxing moment. Muriel Silvan was listening, sitting in the TV room at the medical center, she looked so much like her mother Stella Lund, I smiled because I hadn't thought of Stella for years. She wanted to talk about her memories of sitting by a Christmas tree watching the candles burn. I could picture her there with Elmer and Stella Lund. They'd sit by the tree watching the flames dance until the candles burnt out. It was "difficult" to find an evergreen out on the prairie, she smiled knowing, so they would travel to Big Sandy and buy one for one dollar! They'd burn candles each night on the Christmas tree till they were out of candles or the tree would get to dry. When Christmas Eve came everyone would eat Oyster stew. It wasn't their big meal, that would come Christmas morning. They would have a large meal with either, a turkey, a duck, a goose, or whatever they grew that year.

When Lisa Sipler was 16 her mother married Tim Montgomery who was moving his new family to a farm 45 miles southeast of Big Sandy. At the time, Lisa lived in a city in Colorado. Riding with her family across Wyoming she was bored and unimpressed. It was the day after Christmas and as they travelled she faced uncertainty. At 16 it was difficult to move to a different state, but she still remembers the moment they came to Montana. She thought Montana was beautiful, just incredibly beautiful. She was in complete awe of how big the sky was and how open everything was. She has never regretted moving here. It was the best Christmas she received.

Larry Brumwell, when he was 10, ruined his Christmas that year. He wanted a special race car set and he was pretty sure his mom got it for him, so he went searching for it. He was rewarded by finding his most treasured gift under his mother's bed, sure enough it was exactly what he wanted. He was so excited but he couldn't show it, and when he was given the gift he had to pretend to be surprised. He realized Christmas had lost its magic that year.

Francis Ostrom, remembers getting for Christmas her first doll whose eyes moved! It was a free doll that her mom got when she ordered something. But it was put away and given to Francis for Christmas. Francis eyes still sparkled remembering how impressed she was with her new doll. Midge Edwards remembers when she was a little girl. Her mother was a widow with four little kids so didn't have any money. One Christmas her mother order out of the Sears catalog, a doll for Dottie and Midge to share. They had a lot of fun with that doll. Both Midge and Francis said they still have their dolls.

Skip Fousard tells a story. His father died when he was 6 years old and he remembers Vern Richter having a contest at the big store. That Christmas he won a big fancy Colombia bicycle He couldn't even reach the petals. Vern Richter did that for many years. 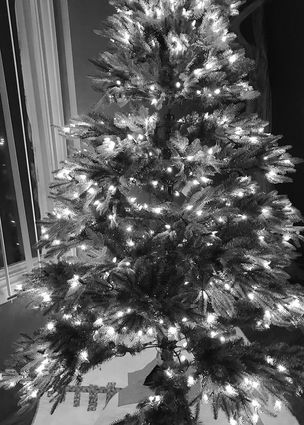 It may not look or feel like Christmas, but memories can take us there instantly.