Recipients of the Power Award 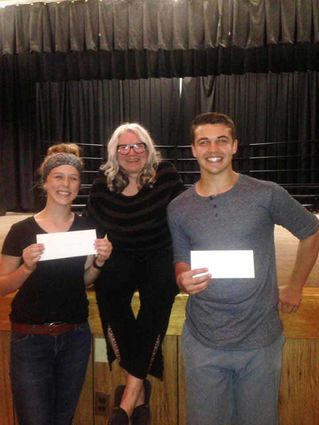 The Power Award nomination process was lengthy as there were 37 nominations just from students alone. Teachers and the general public also made nominations. Picking the final four out of the 37 nominations was a taunting task. Next was a interview process for those final four to determine their value systems. The final four all deserve enormous recognition. They are Adriene Gibson, Jasmine Genereux, Baily Gasvoda, and Brock Proulx. Winners of the Power Award, Brock Proulx and Baily Gasvoda, impressed every judge with their approach to empowering their fellow classmates. Learning to...