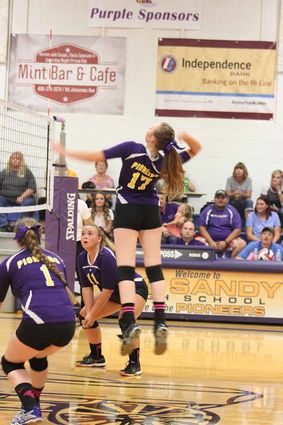 The Big Sandy Pioneers volleyball team had a solid start to the season as they began Friday night with a three set sweep of the Centerville Miners. Saturday the team was in Belt for the Husky Preseason invitational.

Big Sandy came out swinging Friday night and showed a lot of composure in taking a very close first set win over the Centerville Miners 25-23.

Big Sandy had all the momentum in the second set, taking a big lead early and rolling to a 25-11 second set win. They completed the sweep with a comfortable 25-15 third set win.

Senior Georgia Wortman collected five of the teams 19 Aces i...